Plant of the Month Competition

The first talk was given by Timothy Edwards.
Tim gave a presentation on the Glasgow Garden Festival of 1988. This was an interesting talk accompanied by a lot of pictures of the garden festival. It brought back happy memories to everyone.

The second talk was given by Liz Shakespeare.
Liz gave us a talk on early botonists who were involved with succulent plants

The third talk was given by Neil Sinclair.
Neil gave a presentation on X Graptoveria. These are hybrids between Graptopetalum and Echeveria. The flowers of each hybrid are different and can be used for identification purposes. We were shown pictures of many different hybrids along with their flowers. The talk finished by showing a few Graptopetalum species.

As there was still time left after Neil had finished his talk, Tim finished rounded off the evening with a presentation on the two garden festivals which followed on from Glasow - Gateshead and Ebbw Vale.

Plant of the Month Pictures - Mesembryanthemum except Lithops or Conophytum

High resolution versions of the photos are also available if desired. 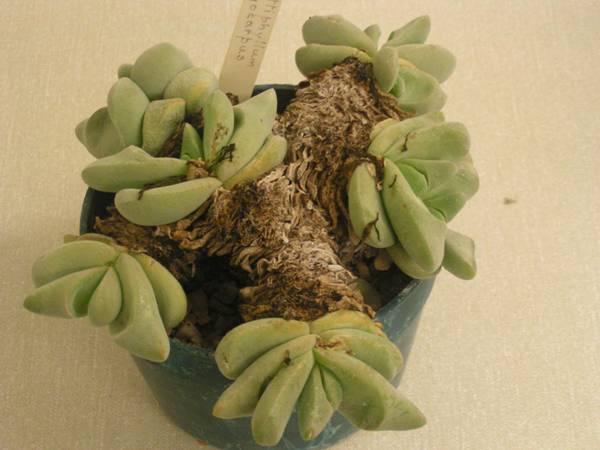